Trending
How an ILP Can Help You Achieve Your Life Goals 5 Best WordPress Themes For Your Business Local Handyman Services: Choose the Right One for You Streamline Your Scheduling Process with Employee Scheduling Software Custom Printed Mailer Boxes for Promoting your Contact Lenses E-Store
Development

The web has been in existence for the last three decades. Over these thirty years, the internet has changed the world as no other technology did. It has given us the power to build all the things that we never imagined. Tim Berners-Lee, a creator has spoken about the Web development, “The web has become a public square, a library, a doctor’s office, a shop, a school, a design studio, an office, a cinema, a bank, and so much more.” This is also apparent through the fact that nowadays hiring web development services has become such a common practice for companies both large and small scale.

The original expectation we all had from the web was the fact that it will bring all of us together, remarks the design director and founder of a creative agency named Ueno, Haraldur Thorleifson. He further says that the web has acted indeed in an opposite manner, rather than bringing us all close, we have become even lesser connected. We all have isolated ourselves more than we have ever been. According to Haraldur we have separated ourselves from all emotions and started depending on only the functional aspects. He believes that this attitude needs to be repaired as soon as possible, or else things will keep getting worse.

A very famous quote by Haldur states, “My hope is that we can add feeling back to the web and that it will start to truly deliver on the promise that got us all so excited in the early days.”

Whether you already an owner of a web application development company, or are planning to own a new one, in the year 2020. It is crucial that you are informed about all the latest technological or design trends. You must also know about the mistakes that you need to avoid.

Following are details on seven amazing web trends that are currently available, and you need to know about.

Dark Mode is currently the best overall design trend for web development. It is a major part of the UI of any application or webpage. To understand this, you first need to understand what a UI or a User Interface means.

A User Interface consists of is characterized by certain visual elements of a particular digital product. This might include components such as texts, screens, images and buttons- basically anything that a particular user sees on the screen and interacts with.

The dark mode was originally introduced by Google in many of its native applications and by the year 2019, it became one of the most popular design trends. When it was introduced, it was present in popular web applications like Chrome and Youtube. It has taken the digital industry by storm and is thought to have a continuous impact all throughout the year 2020.

There were a substantial number of experiments done with all the hero areas, which is also popularly known as the “above the fold’ regions. These basically refer to the portions of a website which are visible to the users, the moment they open a particular website.

The heroes generally showcase a number of elements. The specific “text-only” trend, however, allows typography to do all the work by eliminating the typical background image.

Illustrations have been dominating websites for a substantial amount of time. Nowadays, however, having a detailed, customized and well-executed illustration has become a trend. This is predicted to increase even more in the upcoming months.

Big and renowned companies have also made themselves an active part of this trend. For instance, the official website of Fixate makes use of creative illustrations, which are rendered throughout the entire website and not just limited to the hero section.

This was an extremely prominent trend in the year 2019 and the demand for it is at an all-time high in 2020. More and more business websites are taking the decision of eliminating all colours and using only black and white shades for text.

This monochromatic style is widely apparent in the website of Cahn Wilson. It also gives out a very minimalistic vibe to the audience. It consists of grayscale images, which gives the website a modern and clean look.

This is an unexpected trend that gained popularity very recently. It involves making use of large fonts in websites, drastically larger in scale compared to generic font sizes.

For instance, the font size used in Baina takes the space of almost half of its web home page. Another example is that of HalloBasis, the name and navigation menu of which fills the entire homepage.

As a continuity to the organic forms of 2019, geometric lines, shapes and patterns are making a comeback.

A popular website, Futurelondonacademy.com is characterized by animated and bold geometric shapes, which rest in its hero area. Even though the homepage of XXXI’s makes use of grid design, the intro to its coding page displays a variety of geometric shapes.

Generic animations are revealed when a user merely visits a website and opens a specific web page, however, today in popular websites, there exist certain animations which are triggered only by the touch of the users. Addition of user interaction with the animation is undoubtedly one of the most enticing trends of 2020.

To address all the popular web design trends of 2020, each of it is attractive for some or the other reason and it increases the value of a website in different ways. The main characteristic of these trends is the fact that they are created by mashing up old trends with new ideas. Thes popular trends involve the combining of old designs with new colour schemes, interfaces and styles.

He is a professional blogger and marketer. He has an excellent talent for writing. He is very much passionate about contributing her ideas on online platforms. Generally, he shared her thoughts on trendy topics such as technology, business, finance, and so on. 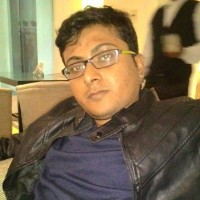 By softrop
Android application development is thriving. These days’ Android apps are getting the most…
END_OF_DOCUMENT_TOKEN_TO_BE_REPLACED
0
0
Share
Development

By softrop
Making a DIY website has never been easier. There are heaps of administrations where you can pursue…
END_OF_DOCUMENT_TOKEN_TO_BE_REPLACED
0
1
Share
Development

By Abhinav Puri
In this world full of technologies and rapid growths, we all need to pull out maximum output in…
END_OF_DOCUMENT_TOKEN_TO_BE_REPLACED
0
0
Share